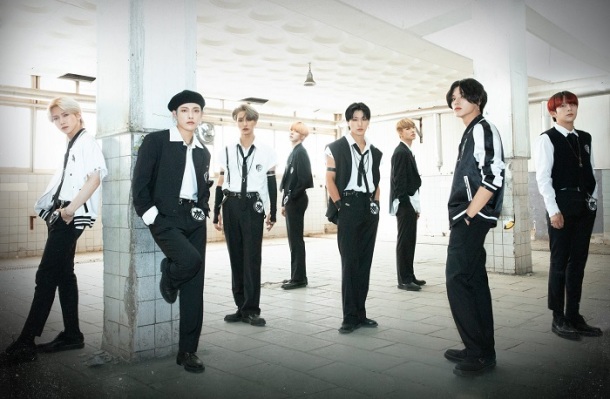 Over the past two years, ATEEZ’s Treasure series grew into one of the most ambitious, consistent K-pop projects I can remember. And now that it’s finished, the question is: where do they go from here?

Wisely, the guys have retained their core production team as they embark on another musical series – this one entitled “Fever.” This is a perfect chance for musical experimentation, however minor it may be. Perhaps I’m putting too much pressure on them, because title track Inception feels more like a holding pattern. It’s satisfying and polished, but doesn’t come across as the grand kick-off of a new era.

Inception catches the group in moody, mysterious territory, delivering a track perched halfway between mid-tempo and dance. Its verses propel on angsty hip-hop and electronic trap production, much like most of their past singles. Yet, the instrumental never stretches itself in the way I would have hoped. There’s a moment after the first chorus where the tempo kicks up and it seems we’re about to enter a thrilling club sound. If Inception had embraced that energy from this point on, the song would have had my heart. Instead, we plunge back into an effects-heavy rap breakdown from Mingi.

Inception’s chorus is exciting and anthemic, and I love the dramatic melody. Yet, its accompanying percussion lets it down. There’s not enough emphasis in the lower end, and this blunts the refrain’s overall impact. In some ways, it’s an oddly small sound for a group who usually deliver such grandiose pomposity. Even Inception’s power note climax – the point at which most ATEEZ singles grab you by the jugular – feels cursory in a way I would never have expected. Inception is still a fine song, and leagues better than what many groups deliver, but for now I can’t help but be a bit underwhelmed. I guess that’s what happens when past glories set expectations sky high.

Be sure to add your own rating by participating in the poll below!