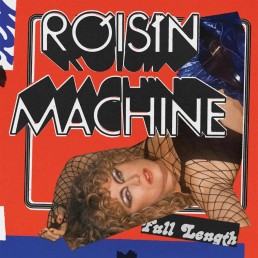 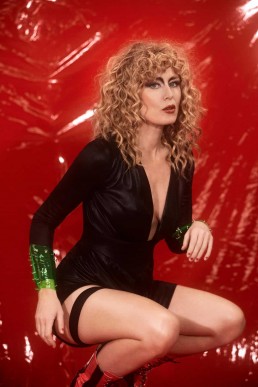 You know, we talk a good game about all the pop girls getting their disco on in 2020 – but not everyone’s got a discography that goes the distance on the dance floor like Róisín Murphy.

The longtime trailblazer in all things quirky, cool and pulsating is returning to us with a brand new record, the gloriously titled Róisín Machine, out on September 25 via Skint / BMG. This is the Moloko superstar’s fifth solo studio album overall, and first full-length since 2016’s Take Her Up to Monto.

And now, a tantalizing description: “Róisín Machine is the culmination of a rich, decades-long partnership between Murphy and one of her most trusted collaborators Crooked Man aka DJ Parrot. Although packed to the rafters with masterclass singles, including ‘Simulation,’ ‘Jealousy,’ ‘Incapable,’ ‘Narcissus,’ and ‘Murphy’s Law,’ it is also an ingeniously and seamlessly edited listening experience, designed to be listened to in one uninterrupted sitting, from start to dazzling finish.”

Oh, how we love a continuous, non-stop mix of a dance record.

Not satisfied with just an album announcement? Fear not: she’s got “Something More.”

Along with details of the new record, the Róisín Machine‘s spat out its latest creation onto the conveyer belt on Friday (July 31). And the concept of “Something More” is, well, wanting more (moah) – like many, many incredible pop songs we hold dear.

“Life just keeps me wanting / A crown upon my head, young lovers in my bed / But I want something more,” Róisín yearns on the pensive throbber, bittersweet with the knowledge of where the world’s taken us in recent months.

“I interpreted it as a swan-song to how we once lived. There’s plenty of bravado in the lyrics, and the character is a kind of antihero, but the indefinable yearning and the feeling of arriving at a point of emptiness is universal right now,” Róisín says of the song.

“We met last year at a very interesting talk event in London about the psychology and science of Dub. We hit it off immediately – I’m afraid we may have heckled the speakers, who happened to have among them Andrew Weatherall! I asked her to write me a song about never being full or satisfied, exponential need. She sent a very basic, but brilliant demo very soon after – just her singing and playing a piano. The challenge then is to get the music direction right, the arrangement, and the voicing,” Róisín explained.

“Our first version was way more straight ahead pop, funky, very camp. It seemed right when we began before lockdown, but as a new reality descended upon the world, we got tired of its one and only dimension. So when this slow-burn, deep, soulful, groove emerged out of the Crooked remixes, I decided to change tack. It seemed perfect; the perfect arrangement for the song, and also perfect for the moment. We’re in darker ages now, and this feels like morning. The sun’s coming up and it’s the last record of a very, very, good night. We need space for ‘mood’ and the ‘uncanny’ right now.”

The song stands on its own of course, but given the selection of songs we’ve heard already – from “Simulation” to “Murphy’s Law” to “Narcissus” – this album is really shaping up to be best enjoyed as a complete start-to-finish experience, as designed. We’ll be able to dig in soon enough.

Róisín Machine is available to pre-order now in a bunch of cool different bundles with lots of goodies. All of the packaging and artwork just oozes cool. (Of the unheard songs still to come, nothing is more enticing than “Shellfish Mademoiselle.”)

This song is featured on the MuuTunes Spotify playlist. Subscribe!